GameSir F4 Falcon redefines “fast”
Without any drivers or complicated app or Bluetooth, REAL plug-and-play!
Compared to the traditional Bluetooth mobile gaming controller, owing to GameSir exclusive magic, F4 controller kills the connection latency, faster 4 times than Bluetooth controller!
Foldable Wings
F4 controller is crafted by the aesthete’s hands, which is not only a controller for playing but also a rare piece of art.
Folded, it is like a falcon in rest; unfolded, it seems a nimble falcon pursuing its prey, which is the same as you do with F4 in the gaming.
Invisible Switch
Similar to the shape of falcon, the F4 controller’s shape seems to be formed by nature. Without any useless lines and parts, F4 controller’power switch is set as an invisible one: when you use it, it will turn on naturally.
Delicate inside
What’s more, small as F4 controller looks, its inside delicate design is beyond and above your imagination: every button, every circuit, and every position is refined and tested again and again. In a word, F4 controller enjoys aesthetic shape and fast plug-and-play gaming experience.
Take Enemies down fast: Up to 4 Different Burst Modes
Stop losing yourself in the Medusa beauty, otherwise, you probably are in danger.
Apart from its impressive aesthetics, F4 controller is a deadly weapon to take enemies down fast. After all, this is why it is born.
F4 controller is armed with the “selector” as the same as the real M4A1 does, which you can select a suitable burst mode according to the battlefield status.
The “selector” includes as follows:
Default mode ( one click, one shot)
3-bust mode (1 click, 3 shots)
6-burst mode ( 1 click, 6 shots)
9-burst mode (1 click, 9 shots)
Fast Response: Short-Distance and Clicky  Buttons
The current mainstream mobile games demand more and more complicated and highly frequent operation, which is an extreme test for buttons.
Do not worry, and as usual, we help you tackle any problems you may face in gaming. F4 controller’s all buttons are tested extremely to ensure up to 5 million times lifespan. More importantly, its buttons reach E-sport standard——excellent clicky feel and extremely fast-response.
Fast to Charge: Ultra-Low Power Consumption
Time flies... during gaming. Given that, F4 controller is quipped with Ultra-Low  Consumption Power system. Via USB Type-C cable, it only takes 1 -2 hour(s) for F4 to be charged fully. But it can company you for up to 30 hours. If you forget it, it can hang in there for 200 days at most.
Fast to Use: iOS&Android
Are you iOS fans or Android backers?
Never care about this stupid question now!
F4 controller is a universal controller compatible with both mainstream mobile OS, supporting any games whose virtual buttons can be dragged.
Platforms: iOS&Android
Connection: Plug-and-Play
Battery Capacity: 90mAh
Charging Time: 1-2 Hour(s)
In The Box: Gamesir F4 Controller/Type-C Cable/Manual/Thank-You Note
Package Size: 82.3 * 45 * 25.5mm 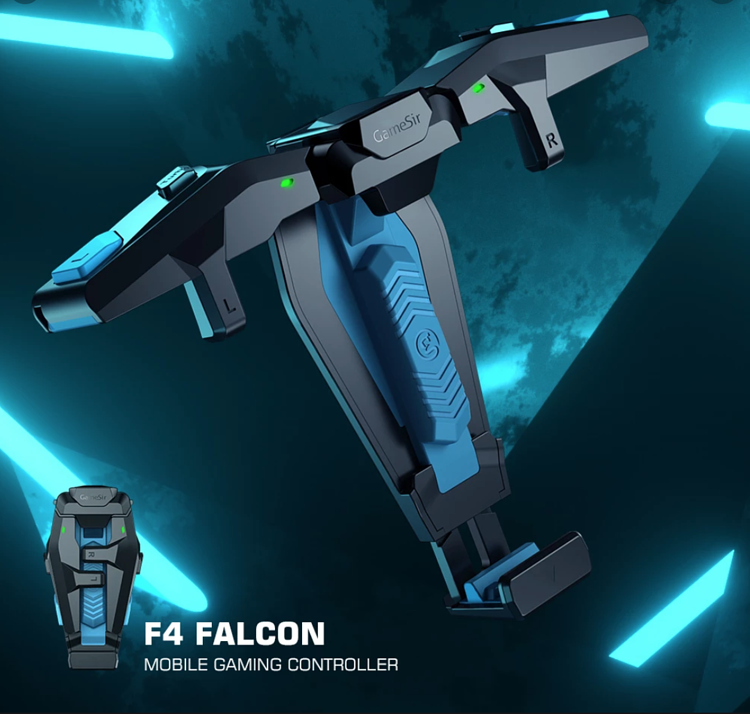 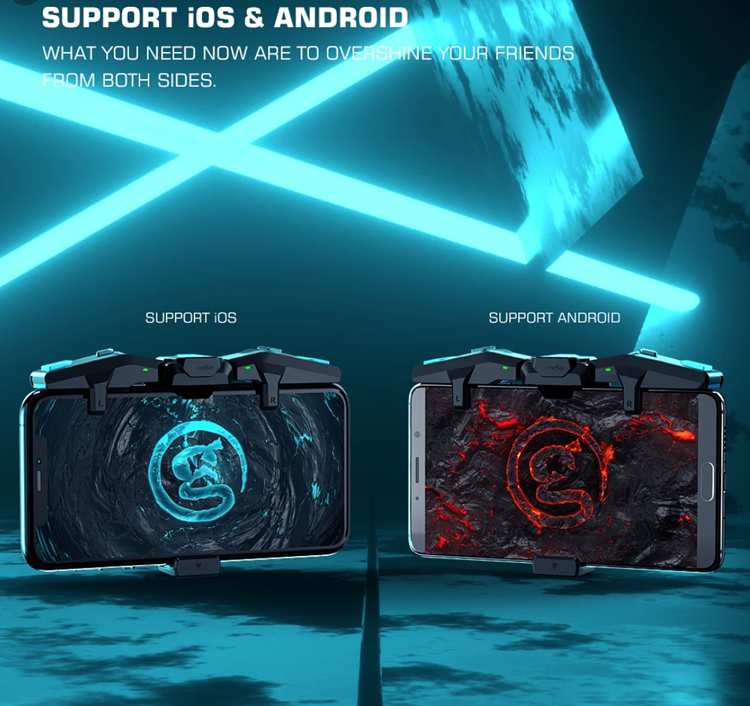 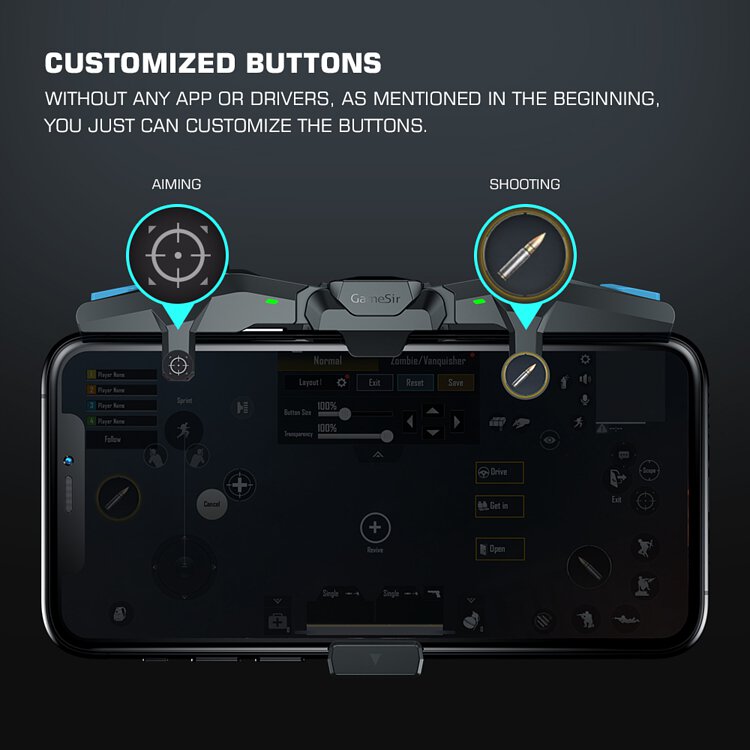 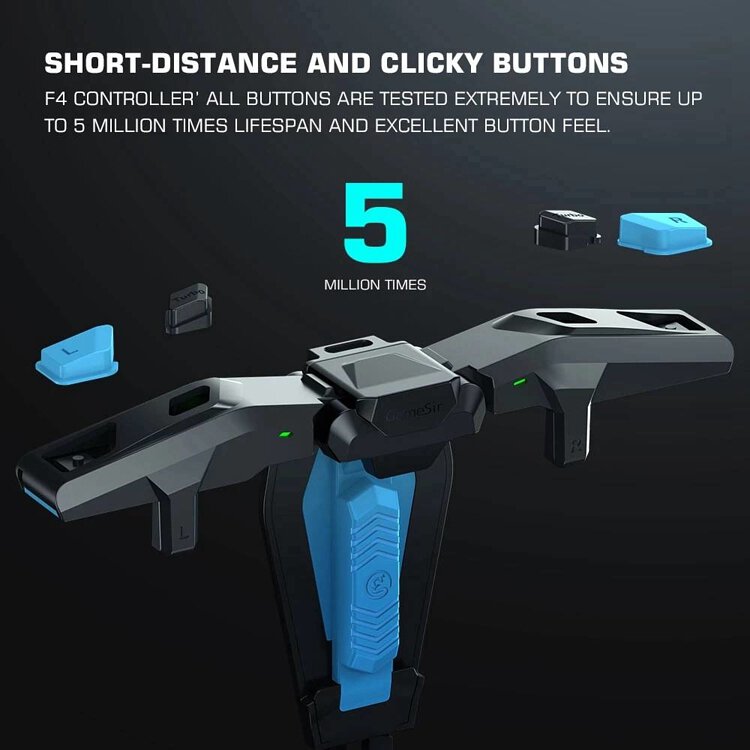 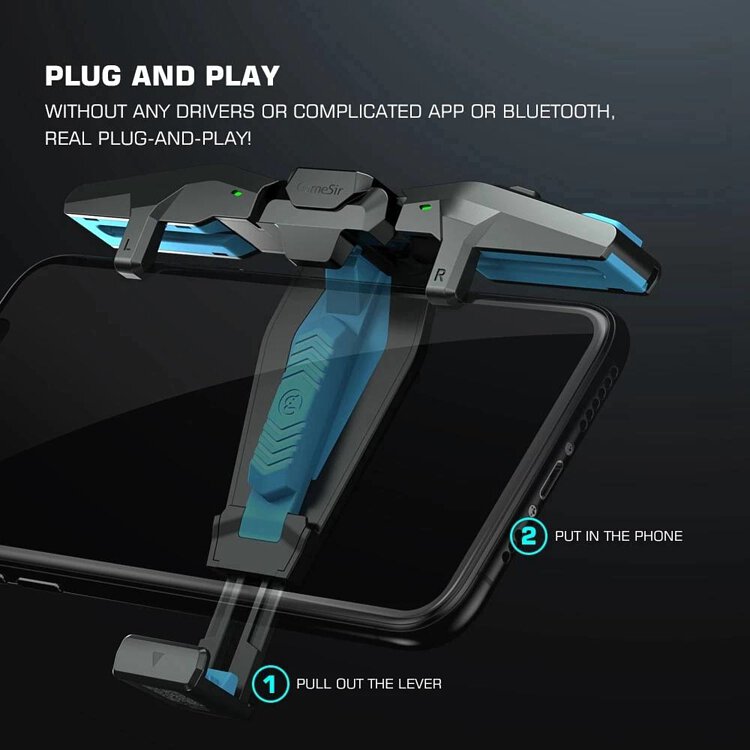 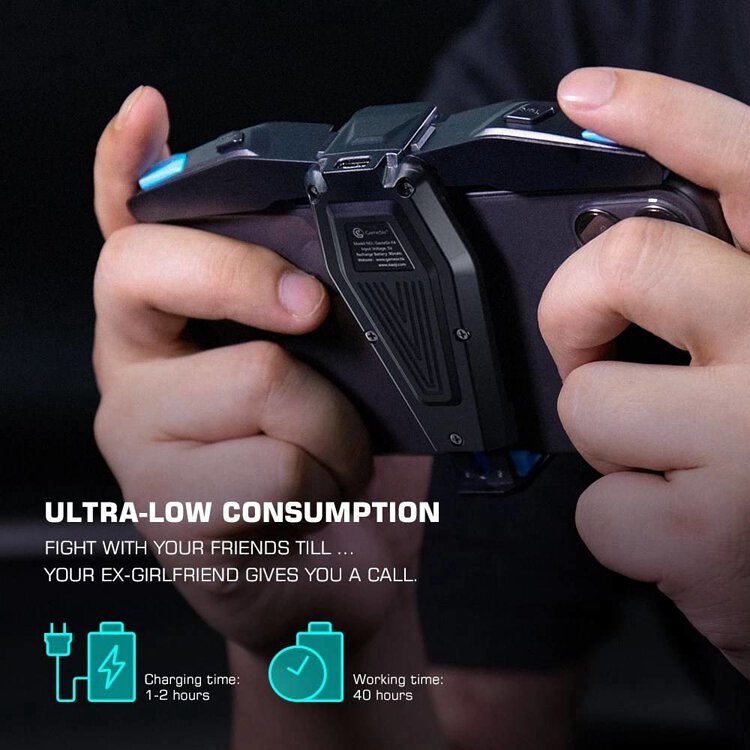 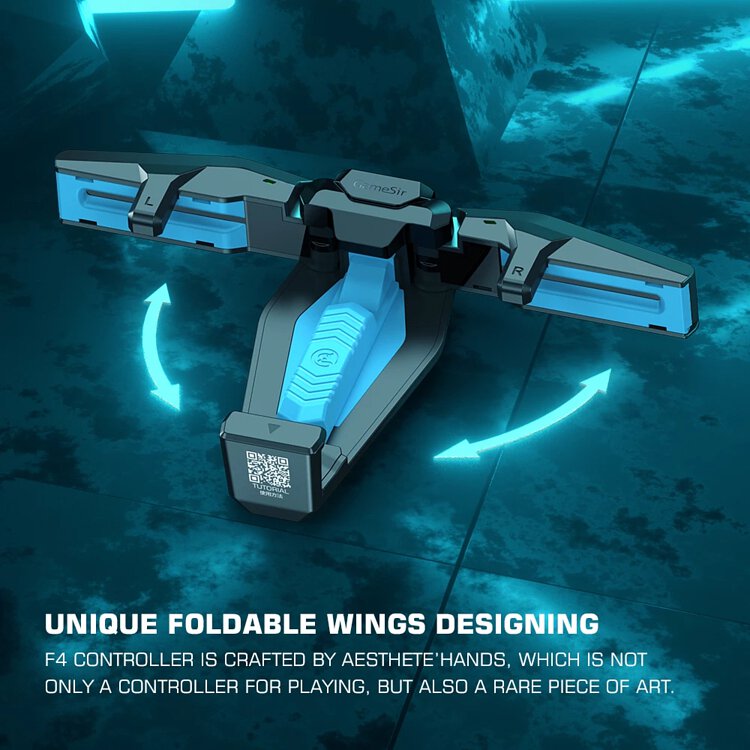 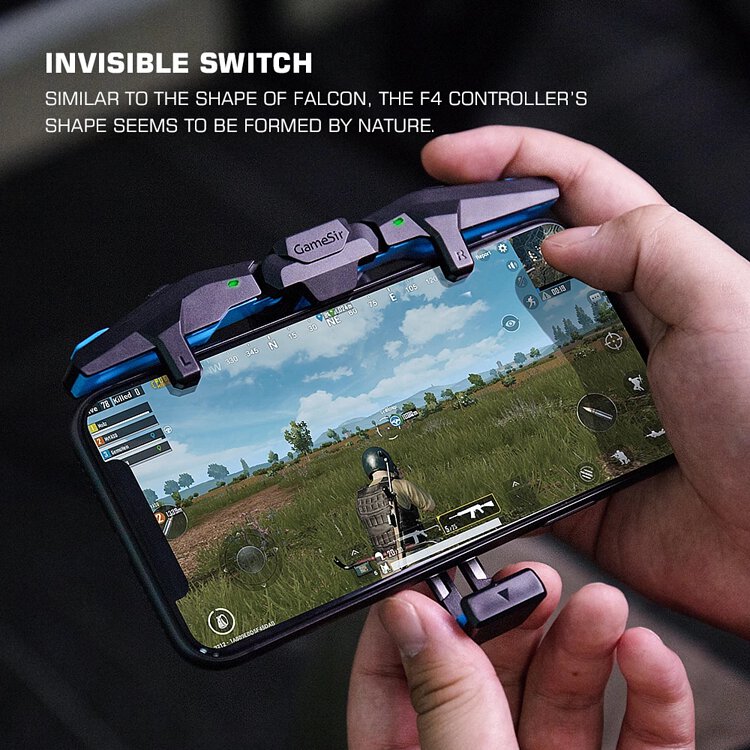